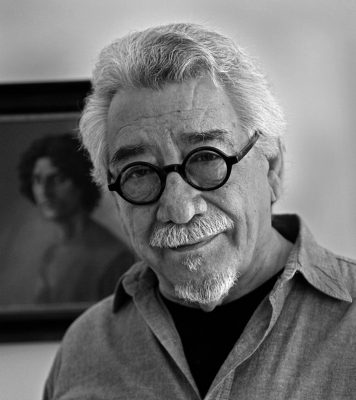 Ramos:  Welcome to La Bloga, Severo.  Real pleasure to have you here. First, give us a brief synopsis of your book The Challengers Aero Club.  What can readers expect from this novel?

Perez:The Challengers Aero Club is about black aviation in Chicago before World War II, and the three remarkable people who were at the right place at the right time to challenge the U.S. Army’s exclusion of black aviators.

Ramos:  What drew you to the stories about African-American aviator pioneers?  How did the making of your documentary,Willa Brown: An American Aviator, fit in with the writing and publishing of your book?

Perez:  In 1995, I was commissioned to research and write a half-hour documentary about Willa Brown. As I interviewed the folks who had been part of the Chicago experience, I became aware that if I didn’t record these 88 to 94 year-olds immediately, their words would be lost. I used my writer’s fee to hire a crew and flew them to Chicago and other locales where these folks lived and did the interviews. By the time I completed research and finished the documentary, nearly all of the interviewees had passed away.

The half-hour documentary was well received and screened on PBS stations across the U.S. What weighed on me was that I had much more information about the lives of the main characters than I could use in the documentary. If I didn’t tell the story I had heard and uncovered, it would be lost. I started to write sketches for a feature film and showed them around, but there appeared to be zero interest.

Ramos:  Your book is historical fiction, which, for me at least, presents several unique challenges to a writer.  For example, how much of the book comes from Severo Perez and how much from historical documents and first-hand accounts?  What was your research process?  And did you ever find that the history got in the way of telling your story?

Perez:  Real life does not have dramatic arcs. I made a few changes in chronology to get the story started. The chronology I gathered from black newspapers chronicling activities and events in Chicago. Handsome young people and airplanes made good copy. The interviewees had photo albums, and even better, they had boxes and envelopes with photo rejects, snapshots not enlarged and part of the albums. These rejected photos turned out to be revealing. There in the background were the actual locales and the planes they flew. Each photo was painstakingly copied. The images were then blown up to 8×10 and arranged chronologically. That’s where I found the story unfolding.

To begin the tale, I had the the interviewees’ versions about how they longed to learn to fly, and in the process they gave me gossip and details about the three main characters. As the wars in Asia and Europe began to loom, the activities of a flight school in Chicago gathered national and international notice. Learning to fly, to forming a flying club, to starting an accredited flight school, to the creation of the Tuskegee Airmen became the spine of the novel. Much of it is essentially factual. Who was present at this or that event, and what exactly was said is entirely imagined. I added fictional episodes to bring the world of 1930’s Chicago into their lives.

Ramos:  Another special aspect of historical fiction is that characters are based on actual people.  Your Preface indicates that you had the cooperation of some of the people who lived through the events you write about, and also relatives and friends of your main characters. What has been the reaction from your sources to your depiction of people that they knew? And how much of the real Willa Brown or John Robinson or Cornelius Coffee ended up in your book?

Perez:  The real Cornelius Coffey and Willa Brown end up in the book pretty much as I found them. They were the right people at the right time. Johnny Robinson’s personal story has taken on imagined and mythic qualities which I have attempted to keep realistic. I liked him a lot, part daredevil and talented pilot. He was used by Tuskegee to promote the institution and when the time came for Johnny to come to the school to start pilot training, Tuskegee dropped him in favor of a better connected, politically acceptable flight instructor. The episodes in Ethiopia are mostly fiction, though he was there during the Italian invasion. He did create a flight service. He was Haile Selassie’s personal pilot, which is saying quite a lot about his character. He lived out his life as a pilot in Ethiopia where he died in 1954.

The relatives and participants who have read the book have liked it. Nobody is calling for it to become an HBO series, yet.

Ramos:  Your book is self-published and available primarily (only?) online.  Why did you opt to publish in this manner?  What has been your experience with this format?  Do you recommend this process to other writers?

Perez: The book is available as a paperback or a kindle download. I was hoping for a publisher. A friend who happens to be a National Book Award finalist gave me the name of two agents. I followed the guidelines on the agent’s website and sent them what was asked for. I received nearly exactly worded rejection notices not signed by the agents. The majority of my films have been self-produced. They’ve been screened at festivals, licensed for television, earned royalties and no one looked down their nose at that. I can only speak for myself. I don’t regret self-publishing for a moment. The book itself is quite handsome...